A Summary of April and May

Ok so like I said im going to try and smash this blog out so I can catch up to where I currently am in May. Lets go from the end of the last one. 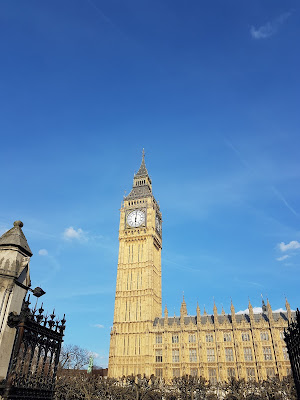 After the UK I returned to Munich only to jump straight back into O week. As I hadn’t properly moved into my new apartment yet, I arrived home to a bunch of suitcases and a fair amount of admin work. For the next couple of days the reality of having your own apartment settled in and with it the hidden costs that you never really thought about when you wrote your budget. Towels, a clothes line, a washing basket, a bin, just some of the things that you casually don’t think about when you’re faced with the cost of bigger things such as flights, rent and insurance. After finally settling in so began what I call the month of the endless hangover. What’s this you might ask? Its called being an exchange student, studying at university and living in student housing simultaneously. It is an endless timetable of parties, socials and activities that involve more than enough alcohol. All I can say is the month was a blur and as much as at the time it was super fun by then end of it I was left with an empty feeling inside and a realisation that I hadn’t really achieved a lot besides falling comfortably behind in university and murdering countless braincells. Despite that, there are some of the events I’ll never forget and one of these few was my time at the Frühlingsfest. There I caught up with my new pals from London and armed with my new Lederhosen, in which I felt like a million bucks, we danced, sang and drunk the night away (also danced, sang and drunk my house keys away which cost me 150 euro to replace).

During this month of the endless hangover I also started university and with it my first German lectures. Entering my first lecture was nerve racking. Here I was, where I had worked so hard to reach. The lecture started with the Einführung (Introduction) in which I understood everything boosting my confidence dramatically, however this was short lived as when the professor started with the actual Inhalt (content) I did not understand a thing. Leaving the class I was in shock, instead of writing notes I had written a vocab list. After sending a few shell shocked messages to some friends I was assured that this was normal and once I had learnt the vocab then I wouldn’t have a problem.
Now that Uni had started, I was moving a lot more around the city of Munich. The public transport is actually really good so this is a piece of cake, however when one travels with the train they miss a lot of the city. As a result, I thought that buying a bike would be a good idea. Not only that, with a bike I would be able to ride to some of the lakes around Munich which would make for some good day trips. I thought that it would be a good idea to hit up one of the flea markets around town and pick myself up a bike. So there I was in a very dodgy carpark looking at dodgy bikes being sold by dodgy looking people. I gave some of the bikes a go to see how they ride and in the end I managed to find one that was pretty good for a decent price. It had solid breaks, new wheels and the gears seemed to work just fine. I therefore proceeded to hand 70 Euros to the shady Russian man, took the bike and rode off. It was kind of strange as the whole procedure was very unofficial for all I know the bike could have been stolen. It had been hot the entire day with not a cloud in the sky, however as soon as I got on my bike the clouds decided to roll on in and open up. It absolutely poured down and on my first ever ride I got completely drenched. Not only that, the minute I arrived home I noticed some strange noises coming from my bike. After no more than 20 minutes riding, the gears all of a sudden sounded kind of funny. I was worried that I had been conned and I became frustrated with myself but in the end, up and until this day, the bike works just fine. With this bike, I have ridden to the Ammersee and around the Starnbergersee. These are two lakes just on the outskirts of Munich which to anyone who comes and visits I would definitely recommend.

It is fast approaching 6 months in Germany and I need to admit that I finally have felt a bit of homesickness. It hit me in the early weeks of May. I found that Uni was hard, I was drinking a lot, not achieving anything and I was spending a lot of time at home, on top of this it wasn’t getting any warmer, in fact it was so cold on one of the days it snowed. As a result, I began to miss my time in Stuttgart and slowly but surely being at home. In both of those places I was in control and in familiar territory. To this day I still feel a bit home sick but in the last couple of weeks it has really warmed up and I have become more accustomed to the life style.

As for my German in the last couple of weeks, I believe that I have hit a wall. What I mean by that is that I don’t feel its improving anymore. My day to day language is still English and as a result when I start talking with German people I need about an hour to familiarise myself with the language. After that I can hold a decent conversation, however the problem is that the next day I speak English again. When I meet with these German people the next week, because I’ve been speaking English the whole week, I go right back to where I started and require that hour again to familiarise. I personally think that the next step is really switching languages. I need to spend every day speaking in German in order to improve from here on in.

Today is the first of June and as you can see it has taken me a long time to write this blog again (Edit: its actually now the 14th of June it took me even longer just to post it). Now that I think I have caught up, from here on in hopefully I can do shorter smaller blogs that describe individual experiences in a lot of detail.
Eingestellt von Unknown um 01:19